YOU & PMS MISSION
Thank you for your participation in the PMS MISSION so far.
Your PRAYER, SACRIFICES & FINANCIAL SUPPORT have always helped our Church.Each time you support the Pontifical Mission Societies, you can proudly say – ‘I have contributed for the living Church of Christ!’

Our founders began very simply, with humble thoughts of concern for the well-being of our Church. They realised that prayer and sacrifices began right from where they were – from their homes and communities. And so, they kept aside some part from their daily-requirements and made that into an offering for the mission of our Church. At the core of this, was their sense of including God’s presence through ardent prayer for all those involved in the missions and their heartfelt love for it.

PONTIFICAL SOCIETY FOR THE PROPAGATION OF THE FAITH (PoPF)
When Pauline Marie Jaricot began helping her brother Philéas who was preparing to leave as a student missionary to China, she was also learning of the struggles that our Church was going through. Living in France, she felt helpless, because she was also very ill. At 17, on recovering from her illness, she made a secret-vow of chastity and a firm-decision to channel all that she had into our Church’s missionary activities. In 1817, she organised the first ‘collection for the mission’ and from there began a movement, that was to be proclaimed‘Pontifical’ by Holy Father Pope Pius XI later on in 1922.

Today, we know of this mission as the Pontifical Society for the Propagation of the faith (PoPF), associated with the famous World Mission Sunday celebrations collecting contributions towards the Universal Solidarity Fund, in order to build and grow Churches and Church-facilities in new mission areas all over the world.

PONTIFICAL SOCIETY OF ST PETER THE APOSTLE (PoSPA)
In a similar way, we find another lay-woman by name Jeanne Bigard answering a call from her local Church in France. Bishop Cousinwas deeply inspired to train indigenous priests and he wished for them to take the Gospel to their respective nations. For this project he sought financial help from rich families as he wanted to build and support Seminaries in far-off mission-lands. Jeanne and her mother Stephanie were already helping Bishop Cousin in this missionary activity when her father died. Selling off their property and earmarking the funds from them for the missions, she withdrew into a smaller two-bedroom apartment and began writing from there to as many Catholic Institutions and probable benefactors in order to organise prayers and a ‘collection’ to help Bishop Cousin build a Japanese Seminary.

Between 1889 and 1896 they became an ‘Association of lay persons’ who were totally involved in this passion for building and supporting Seminaries and in 1894, Jeanne printed the first Manifesto formally seeking such aid from all the Catholic faithful. In 1896, the Board of Directors released their first propaganda pamphlet and from there this journey for ‘missions in mission-lands’ became a worldwide ‘Pontifical’ Society certified by Pope Pius XI in 1922. Today, we know of this mission as the Pontifical Society of St Peter the Apostle (PoSPA), aiding the Universal Church through the building of seminaries and formation houses, supporting the men and women religious together with their formators while working under the guidance of the local Bishops and major Superiors in different parts of the world.

PONTIFICAL SOCIETY OF MISSIONARY CHILDHOOD ASSOCIATIONS (MCA)
Bishop H E Charles de Forbin-Jansonin France was greatly troubled and terribly upset each time he read of the news of children dying in China without having received their baptism. As he was unable to travel as a missionary to reach-out to those children, he called Pauline Marie Jaricot and sought advice from her experiences with missionary activities. Together,they organised children from France to collectively send for the children in China, their prayer and material support, consistently and joyfully as their mission. ‘One Hail Mary a day, one small coin a month’ was the first commitment made by children in 1843. Years later this practise was christened as the CHILDREN-HELPING-CHILDREN programme as it journeyed into the ‘Pontifical’ route in 1922as proclaimed by Pope Pius XI, aiding children in need all over the world.

Today, we know of this mission as the Pontifical Society of Missionary Childhood Associations (MCA) where-in groups of children in MCA-units come together to mobilise spiritual and material help for their counterparts in need, attesting their solidarity with the Universal mission of the Catholic Church.

PONTIFICAL MISSIONARY UNION OF CLERGY, RELIGIOUS & CONSECRATED LAITY (PMU)
Father Paolo Manna PIME in Rome was convinced that the priests and religious had to be missionary in nature and that the missionary dimensions of priestly life especially that of missionary animation of the clergy and laity had to be enhanced in order to increase missionary vocations. He wanted an ‘association of the clergy’ whose sole purpose would be to animate and instil missionary eagerness in the formators of communities. Through great preaching and publishing activities, he got ecclesiastics and lay-persons involved in the missionary ideal while also challenging younger people to carry it out.

In 1916 this mission was approved as a Union by Pope Benedict XV and in a few years the zeal for this Society spread throughout the world. The first International Congress of the Union in 1922 stated the need to teach missiology in seminaries. In his encyclical Maximum Illud in 1919, the Holy Father recommended its presence in all dioceses.

In 1956, Pope Pius XII proclaimed this Union as ‘Pontifical’ and later renamed it as the Pontifical Missionary Union of the Clergy, Men and Women Religious and the Consecrated Laity as it is known today. With the grand centenary celebration of Maximum Illud in 2019 through the Extraordinary Missionary Month (EMM) October 2019, this Society has gained both in popularity and understanding, so much so that it’s importance now involves a close collaboration in missionary activities with the previous three Pontifical Mission Societies. 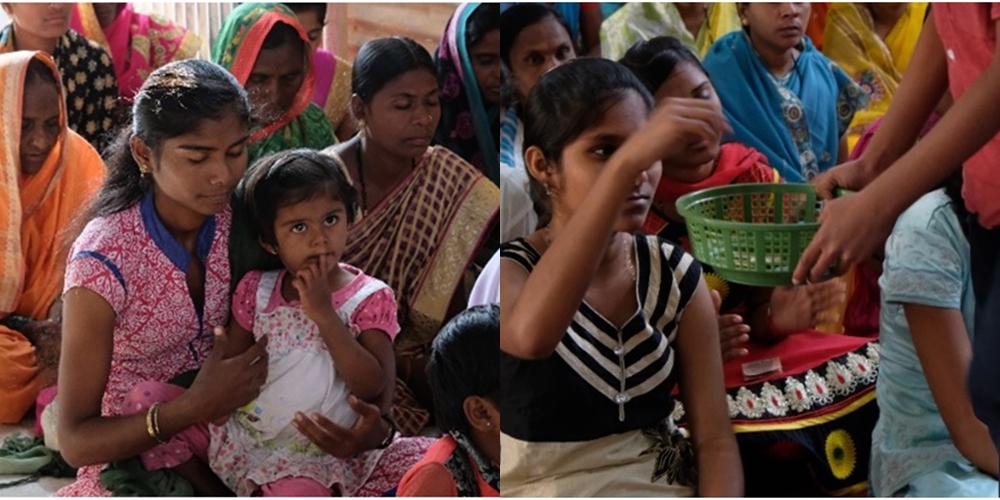 NATURE AND CHARISM OF PONTIFICAL MISSION SOCIETIES
As a worldwide network of prayer and charity to support the works of evangelization and missionaries around the world, the four Pontifical Mission Societies are ever conscious that they are meant to be existing for the mission of the Universal Church at the service of the Holy Father involved in the missionary engagement of the entire people of God.

Each Pontifical Mission Society works for greater awareness and zeal for the mission ad gentes of all the baptised, through prayer, missionary animation, information, formation, co-operation and personal sacrifice. All our mission-programmes are co-ordinated with utmost care so as to ensure solidarity and oneness among all local Churches, especially the young Churches in the mission-lands.

SERVING GOD’S UNIVERSAL LOVE
To serve God’s universal love in the most tangible format is in a way a challenge that we have embraced for the love of our Universal Church. We collect resources with a passion so as to improve and enhance some part of our local Church following International Statutes of the Pontifical Mission Societies.

Your sacrifices in the form of financial offerings have contributed towards new constructions, as in, of a parish churches, chapels, presbyteries, multi-purpose halls, convents, etc. It has also helped part of repair and renovation projects, provided subsidies for evangelization works, maintenance of boarding schools, classrooms, education and medical assistance for the financially poor, while also improving basic amenities like drinking water facilities, sanitation etc.

Your prayers have indeed helped increase vocations; however, your financial assistance have also provided support for religious institutions (Seminaries, Novitiates, Formation Houses, etc) and for the publication of educational or faith propagation materials, even sustaining and enhancing animators, personnel etc.

Simply put, your contributions have helped daily sustenance (food, clothing and shelter) including maintenance (financial assistance, transportation and health requirements) of personnel involved in the missions all over our nation.

OUR GRATITUDE… AND HOPE, IS IN YOU AGAIN
This year also, we have begun preparation for the World Mission Day events, keeping in mind the challenges of the corona-virus and the Government regulations that go with it. We trust that we are ONE in our love and partnership with our Universal Church and that we will continue to exercise our commitment in the best way we can, through our prayerful and financial sacrifices.

Thanking you in anticipation and looking forward to another powerful and meaningful WORLD MISSION DAY 2020 with you and your loved ones, again.