PMO in the Universal Church 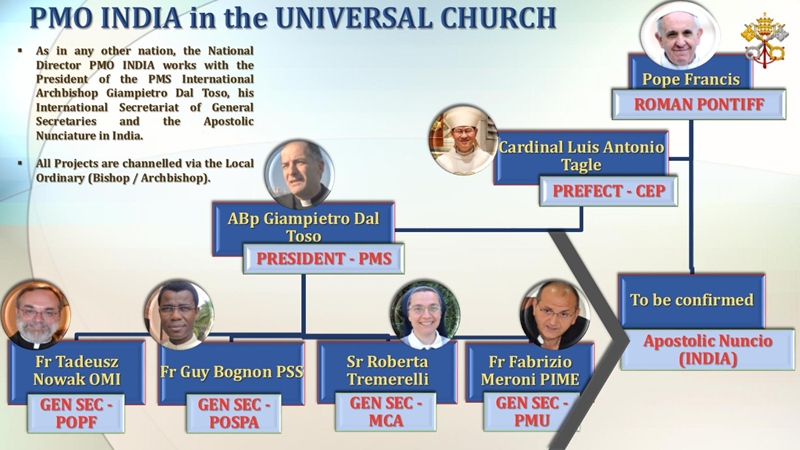 THE CHURCH OF CHRIST ON MISSION IN THE WORLD
On World Mission Sunday October 2017, Pope Francis publicly expressed his intention to designate an Extraordinary Missionary Month for October 2019 in order to celebrate the 100th anniversary of Pope Benedict XV’s Apostolic Letter Maximum Illud. He entrusted to Cardinal Fernando Filoni, Prefect of the Congregation for the Evangelization of Peoples (CEP), the work of preparing for this event by raising awareness among Churches, Institutes of Consecrated Life, Societies of Apostolic Life, associations, movements, communities and other ecclesial bodies.